Matera is one of the oldest towns in the world whose territory has been containing evidence of human settlements since the Paleolithic. It represents an extraordinary page written by humans through the millennia of this very long history.

Matera is the town of Sassi, the original urban nucleus, developed from the natural caves carved into the rock and later modeled in increasingly complex structures within two large natural amphitheaters that are the Sasso Caveoso and the Sasso Barisano. 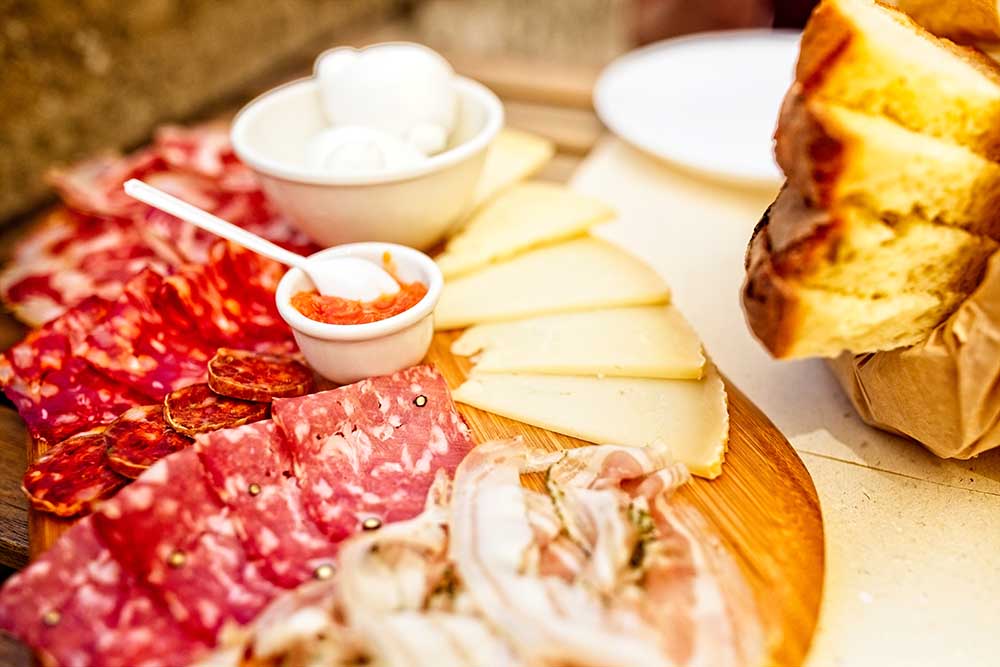 The typical cuisine of Matera is mainly characterized by poor but tasty and genuine dishes. Shepherds and peasants, even after the abandonment of the Sassi, carried on the culinary tradition made of the flavours and aromas of the local landscape (Murgia) which enclose the whole history of the old rock life. 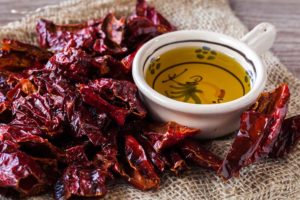 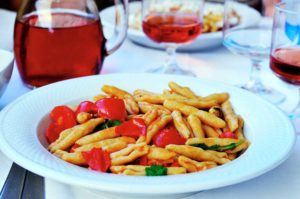 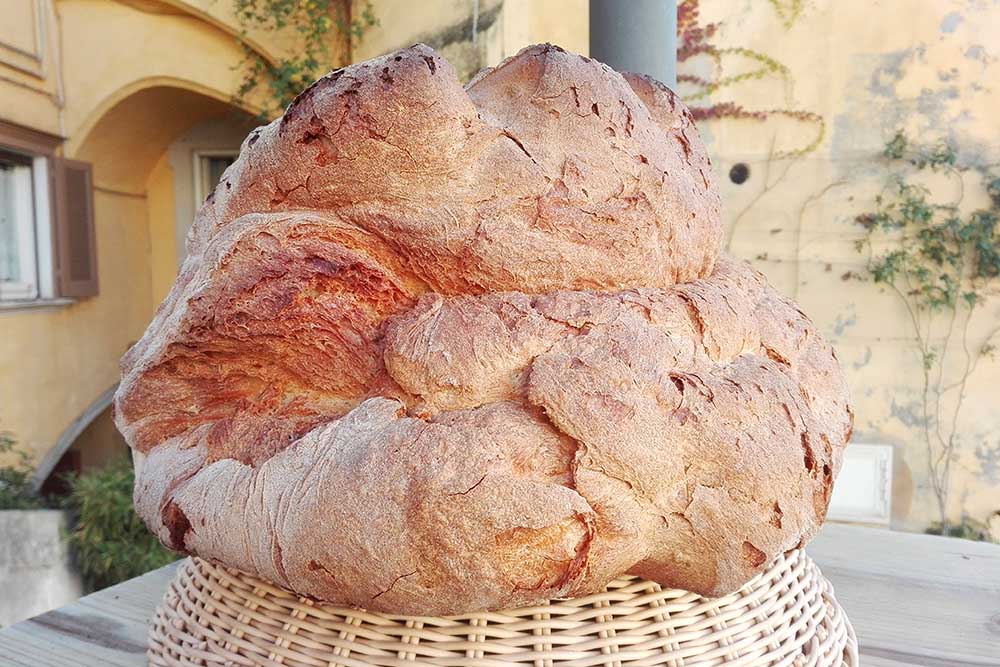 The typical bread from Matera is made with an ancient processing system linked to the traditions and history of this very old town.
The typical shape is that of a tall horn; the color of the crust is similar to that of terracotta; the soft inside of the bread is yellow-ocher. It is very fragrant and can also be tasted without the addition of any filling. It is cooked in classic wood-fired ovens after being subjected to special manufacturing processes that make it unique. 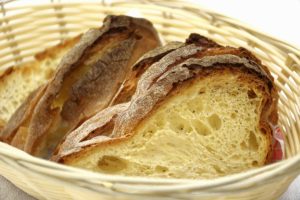 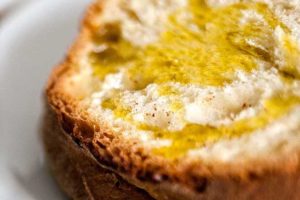 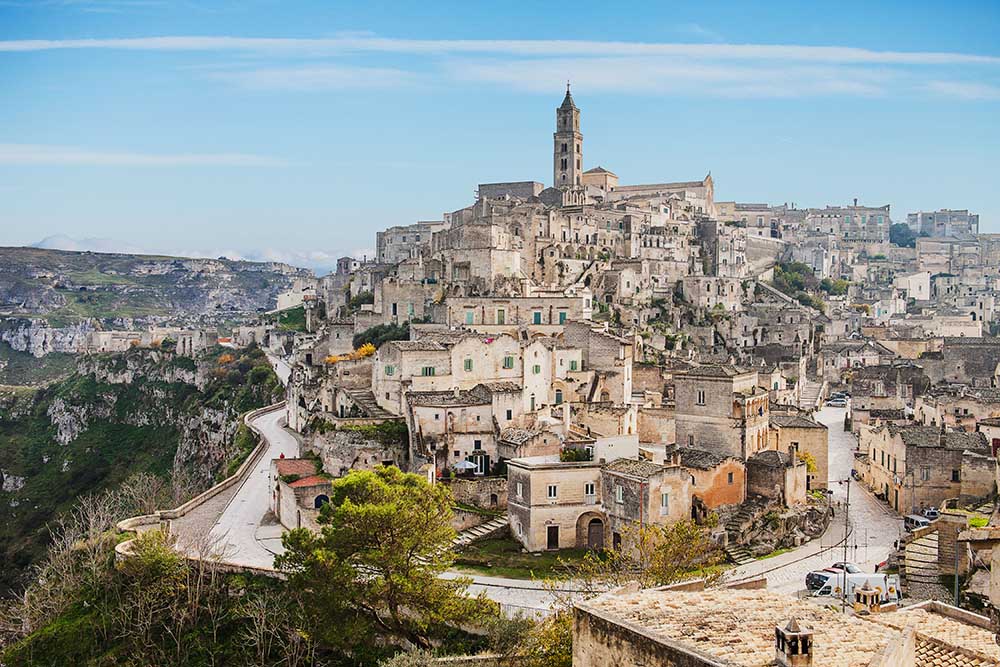 The Sassi of Matera represent the original nucleus of the town divided into three large districts (Sasso Barisano, Sasso Caveoso and Civita) which represent an absolute masterpiece of human ingenuity and adaptability when faced with natural and historical difficulties.
The Civita is the oldest part, the one that was first chosen by the human being to be modeled and inhabited. It extends to Piazza Duomo, incorporating the perimeter once surrounded by the city walls, where the noble families of the city resided. The name of the Sasso “Barisano” indicates the part that extends towards Bari, while the “Caveoso” takes its name from the high presence of cave dwellings in this area.. 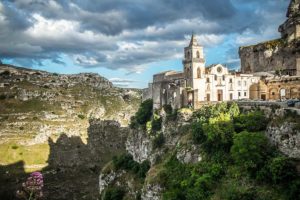 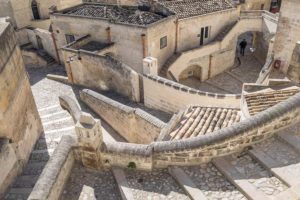 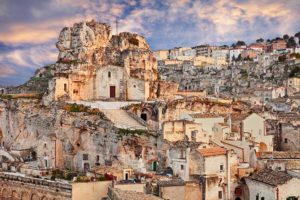 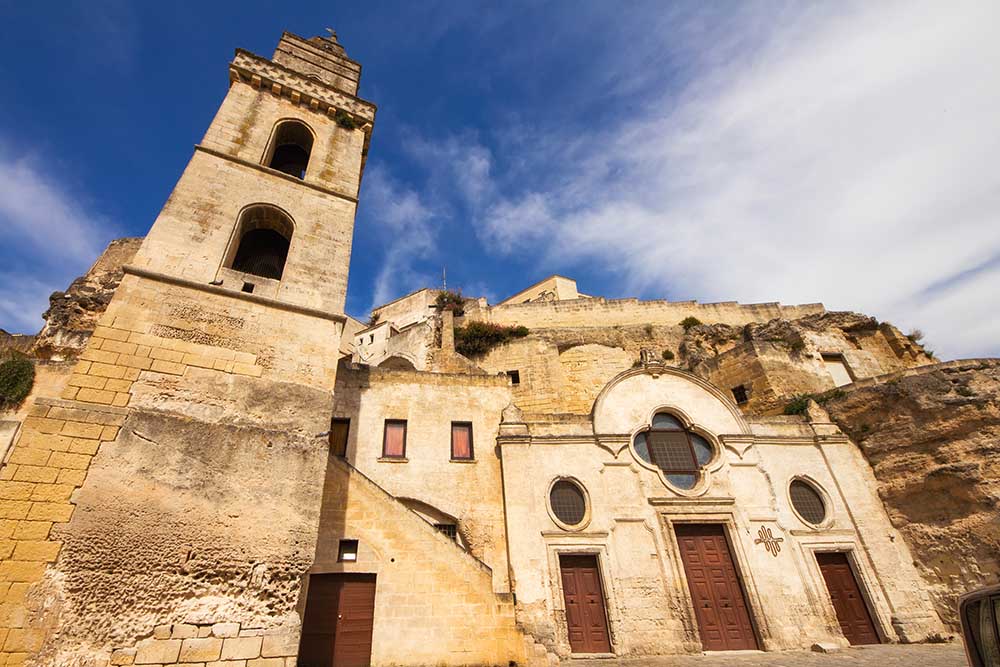 The rock churches of the territory of Matera, founded mainly in the early Middle Ages, are buildings carved into the rock. Initially born as religious structures, they have undergone several transformations of use over the centuries, becoming homes or shelters for animals. They are an important testimony to the presence of communities of Longobard, Byzantine and Benedictine monks in this area.
The rock churches often contain frescoes and sculptural elements which, in addition to having a decorative function, led to contemplation and prayer. 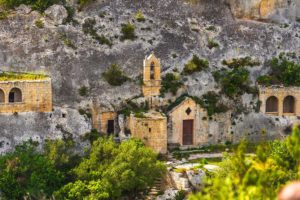 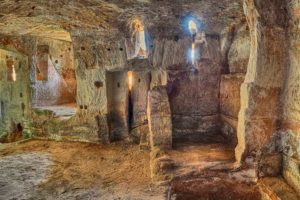 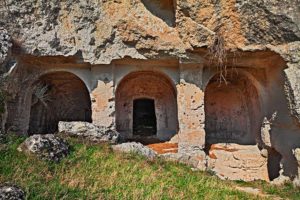